WMATA interim GM/CEO Andy Off today demonstrated the safety of the returning 7000-series trains that were previously pulled from service due to safety concerns.

His brave face during the staged photo shoot was betrayed by internal memos indicating Andy was initially unwilling to participate in the test ride until his insurance policy was paid and up to date at the insistence of his family. Once the administrative oversight was taken care of, Andy bravely boarded the train in the hopes of convincing others to come back to ride Metro.

“It’s safe, I promise!” said Andy. Unfortunately, photo evidence showed his fingers were crossed, but he countered that it was merely in high hopes that riders would return to the much maligned mass transit system.

Hot on the heels of yesterday’s exciting news that California-based Hello Betty was setting their sights on North Bethesda’s Pike & Rose, a plan was revealed to periodically sail their “boat bar” to popup locations throughout Montgomery County.

Hello Betty will be setting sail from their permanent dock at 940 Rose Avenue whenever rainfall exceeds the county’s stormwater management infrastructure capacity by 6″ or more.

WSSC was happy to partner with the restaurant, providing direct access to their data systems indicating where each water main was likely to burst next. Chef-cum-captain Derek Simcik noted, “It’ll be smooth sailing from break to break for each pop up location, and give us a good 2-4 week window to sail back in good water conditions.”

While many might consider the window of travel may sound optimistic, Simcik heard that the water will still be flowing, “no matter what the WSSC reporting app says.”

Weather Advisory - WATCH/WARNING @MontgomeryCoMD Some Roads in #MoCo Susceptible to Flooding so Consider Alternate Routes Beforehand. See List of Roads (below) That are are likely to Flood **Flood WATCH** in Region 10/29 - Be Aware, Be Informed, Be Prepared @ReadyMontgomery pic.twitter.com/mSC2JxA9Zp

Each location will be a surprise, but” savvy swimmers will know where the action is. We’re going to try to make it to downtown Bethesda frequently and moor at the Wisconsin and Montgomery Ave lake, we hear that’s been a particularly popular spot for locals lately.” While the non-local owners originally intended to sail down River Road, dry landers were quick to point out that it wasn’t a direct route from North Bethesda to downtown Bethesda.

Hello Betty was eager to launch in Montgomery County despite warnings of rough waters. Simcik said he got a “stern talking to” from County naysayers on reasons not to locate here, but was ready to take on the storm. “We were told coming to Montgomery County was just cruising for a bruising for businesses, but we’re aren’t going to bow out early due to pier pressure. We’ve amassed a lot of good will too, and things are looking shipshape!”

The watercraft bar will serve seagoing fare such as shrimp and scallops, and skirt Montgomery County anti-food truck policies because it’s a boat. 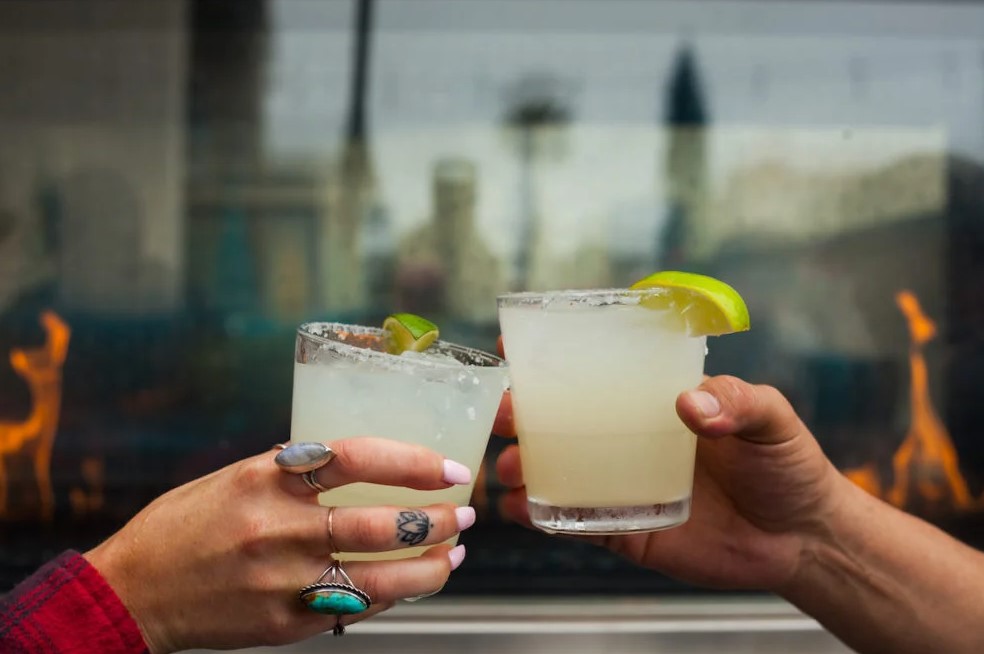 The Maryland Transportation Authority (MTA) today announced a new marketing effort for the much-maligned Purple Line, rebranding the mass transit project as the Lavender Line. Officials discussed that rebranding the project’s name and signature color to a lighter, more subtle tone would both help distract from the increase in cost and delays, and provide a much needed positive reset for the project’s image.

In an internal email obtained by Bethesda Bonfire, recently departed Transportation Secretary Greg Slater noted in his send-off letter to staff, “Lavender brings to mind beauty, sweetness, health benefits,  floral scented candles, essential oils, and bath bombs.” He added “Who wouldn’t want to be surrounded by a nearby field of amazing, aromatic lavender?”

The rebranding was coordinated with today’s vote by the Maryland Board of Public Works (BPW) to approve the new design-build contract and total cost increase, (for) now totaling $9.3 billion. Maryland comptroller and Governor hopeful Peter Franchot called the new amount “mind-boggling,” comparing it to the Takoma Park Silver Spring Co-op (TPPS) debacle. 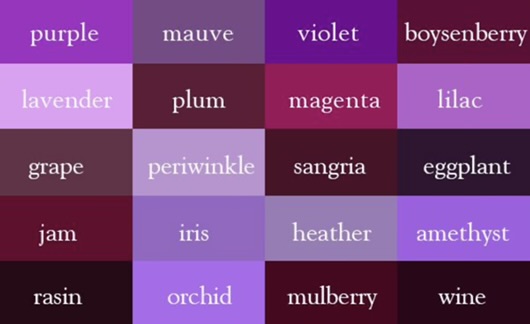 MTA spokesperson Barry Wheeler noted, “We also considered lilac. Both lilac and lavender have a very nice ring to them. Either way, it’s a perfect compliment for the new Periwinkle Path which will replace the beloved Capital Crescent Trail and most definitely not be a glorified sidewalk.”

Project managers estimated the cost to change the project’s name and branding at this point would be negligible in the grand scheme of things, and only cost slightly more than the recent approved WMATA station name change from White Flint to North Bethesda. Wheeler explained, “Really, what’s another $100 million if it means decades of a lovely lavender light rail? After all, it’s just money.”

County Councilmember Hans Riemer noted, “Look, we don’t care what you do in the privacy of your own home. Wear your pants. Don’t wear your pants. Just put them on before you go to the store, just like the rest of us, one leg at a time.”

County Councilmember Craig Rice sighed, “I hope it’s something we can all agree on and not have to hold yet another public hearing for.”

A new slogan was unveiled as part of the effort: “Pants. Good for Everyone.”

In the age of COVID, emergency preparedness has been at the forefront of Montgomery County government agency conversations and debates.  From infinitesimally small and unimportant initiatives such as making testing and masks available to all, to big picture issues such as the ongoing renovations of the County Council headquarters, the County has had a lot on its hands.

One of the priority agenda items emerging from the County Council retreat today was the necessity to prepare for the high possibility of aliens invading Montgomery County.  The County’s Emergency Readiness Division Chief Stanley Kepler explained, “With all the craziness in our world today, we felt an extra-terrestrial incursion against the smartest and most well informed residents in the nation was imminent. We can’t let the pandemic get in the way of being prepared.”

“We have to think of the kids. Our Don’t Probe Our Kids! task force has been busy putting together steps for kids to shelter in place, tether themselves to a large object, and record the evidence – ‘Hide, Hang Tight, and TikTok.’  It’s the new ‘Stop, Drop, and Roll.’

Chevy Chase resident Dr. Carla Sagan, Ph. D., held strong in her beliefs.  “Aliens can go to NoVa but we aren’t going to allow them here in Montgomery County – not in my backyard!”

County Councilmember Andrew Friedson described it as “the perfect plan.”

The plan’s existence was inadvertently leaked by Marlene Michaelson, Executive Director of the Montgomery County Council, during today’s County Council retreat.  Phone, e-mail, and text messages left for the highly-regarded Michaelson were not returned at the time of publication.  In unrelated news, neighbors reported mysterious flashing lights and a circular burn mark in her backyard.

In the festive spirit of the holidays, Marriott International announced their new downtown Bethesda headquarters would be “lit up like a Christmas tree” 24×7 and shine bright throughout the new year. Spokesperson Mickey Warner explained, “We were all so sad to hear the Mormon Temple wouldn’t be holding their traditional Festival of Lights Christmas celebration, so we thought we’d bring a bit of cheer to the people. Our Signature Tree isn’t quite up to snuff but we’ll shine our lights bright for all to bathe in the festive holiday spirits!”

“I’m so excited!” exclaimed a man who lived nearby but wouldn’t provide his name. “I didn’t have time to get a Christmas tree this year and the kids have been so pissed. But now I just tell them to look out the window for a tree bigger than the dinky traditional little feller at Rockefeller Center!”

Neighboring residents concerned about a repeat of the blue Chase Bank lights that bathed the entire surrounding area in bright blue lights were comforted by Warner. “Oh don’t worry, we would never be so gauche as to blast blue lights into our neighbor’s windows. Our red, white, blue, and green are a much more subtly refined Christmas cheerful color palette. And what kind of bahumbug doesn’t just adore Christmas?!”

When asked about the expense in a time of need and crisis, Warner explained, “We’re still banking on that county and state money, so that’ll keep the electric bills paid for quite some time. Especially since we probably won’t hit our promised employee numbers post-Covid. It’s a win/win cost savings situation for us and what little joy for nearby Bethesda residents.” She quickly corrected herself to say, “what a joy for nearby Bethesda residents, I mean, of course.”

Has Santa Been Naughty? Cancel Culture reaches the North Pole

County to accept Bitcoin payments for parking in downtown Bethesda

County Council to Return to In-Person Public Meetings After Election