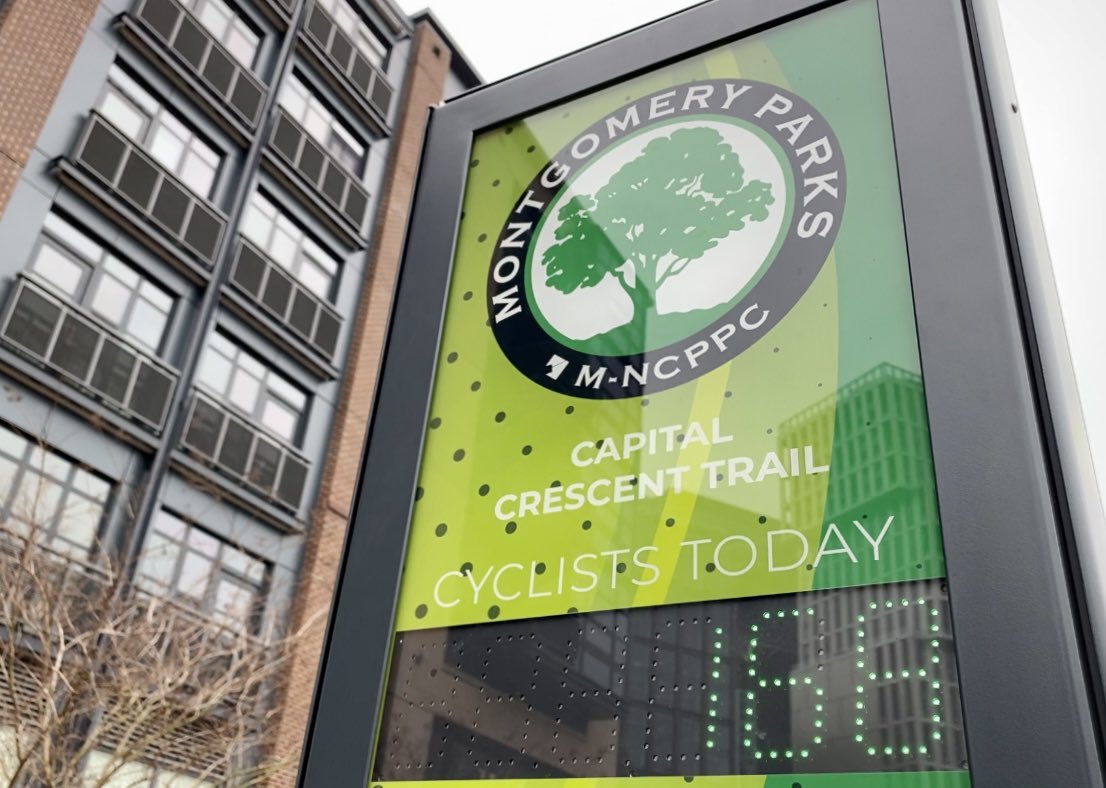 The recent unveiling ceremony of a digital trail user counter for the increasingly crowded Capital Crescent Trail at Bethesda Avenue was met with much fanfare. However, local pundits and organizations expressed considerable skepticism about Maryland Governor Larry Hogan’s plan to also widen the trail from Bethesda to the DC line with toll lanes utilizing EZ Pass payment technology built into the digital counter.

The Hogan Administration said the plan was an effort to balance his 270/495 widening project, which only serves automobiles. At a press conference following the digital counter unveiling, Hogan proclaimed, “Maryland is committed to expanding multi-model transportation and widening both the Capital Beltway and the Capital Crescent Trail using our proven public-private partnership model and toll lanes.” He added, “this initiative brings one more benefit to Maryland state EZ Pass users, in a program that I alone planned, marketed, and pushed to success for my Maryland constituents, including Montgomery County residents, which someone reminded me are also my constituents.”

The Sierra Club immediately condemned the plan, bashing the so-called “Peloton Pass” that would allow well-to-do citizens a “fast trail lane” while regular residents would be stuck in the “slow trail lane.” The Coalition for the Capital Crescent Trail noted “the trail should be equally available to all, and we vigorously oppose such a proposal.” The state argued the opposite, saying these new managed lanes will “offer a less crowded trail experience for all.”

Maryland Department of Transportation spokesperson, Barry Wheeler, said toll charges would be set at $1 per pedestrian and $2 per bicycle, stroller, or scooter. Recumbent bicycles will cost $3. Public-private partnership operator HR Promotions indicated the contract allows for peak hour flexible pricing up to double the rate, plus a factor for inflation and cost of living adjustments each year.

Although often at odds with the Hogan administration, local officials present at the unveiling ceremony were not completely against the idea and offered mixed reactions.  County Councilmember Hans Riemer indicated “a sore need for innovative funding.” Planning Chair Casey Anderson noted, “Either way, the trail is a vital component of Montgomery County’s commitment to multi-modal transportation. We even included a photo of it in the draft Thrive 2050 Plan.”  Montgomery Parks director Mike Riley added, “we manage 37,000 acres and 421 parks. Money doesn’t just grow on trees next to our trails, so we’re always happy to explore funding options.”

Montgomery County Executive Marc Elrich seemed surprised at the announcement, indicating “it’s no surprise that the State chose to inform its biggest taxpayer of its plans via the press.” 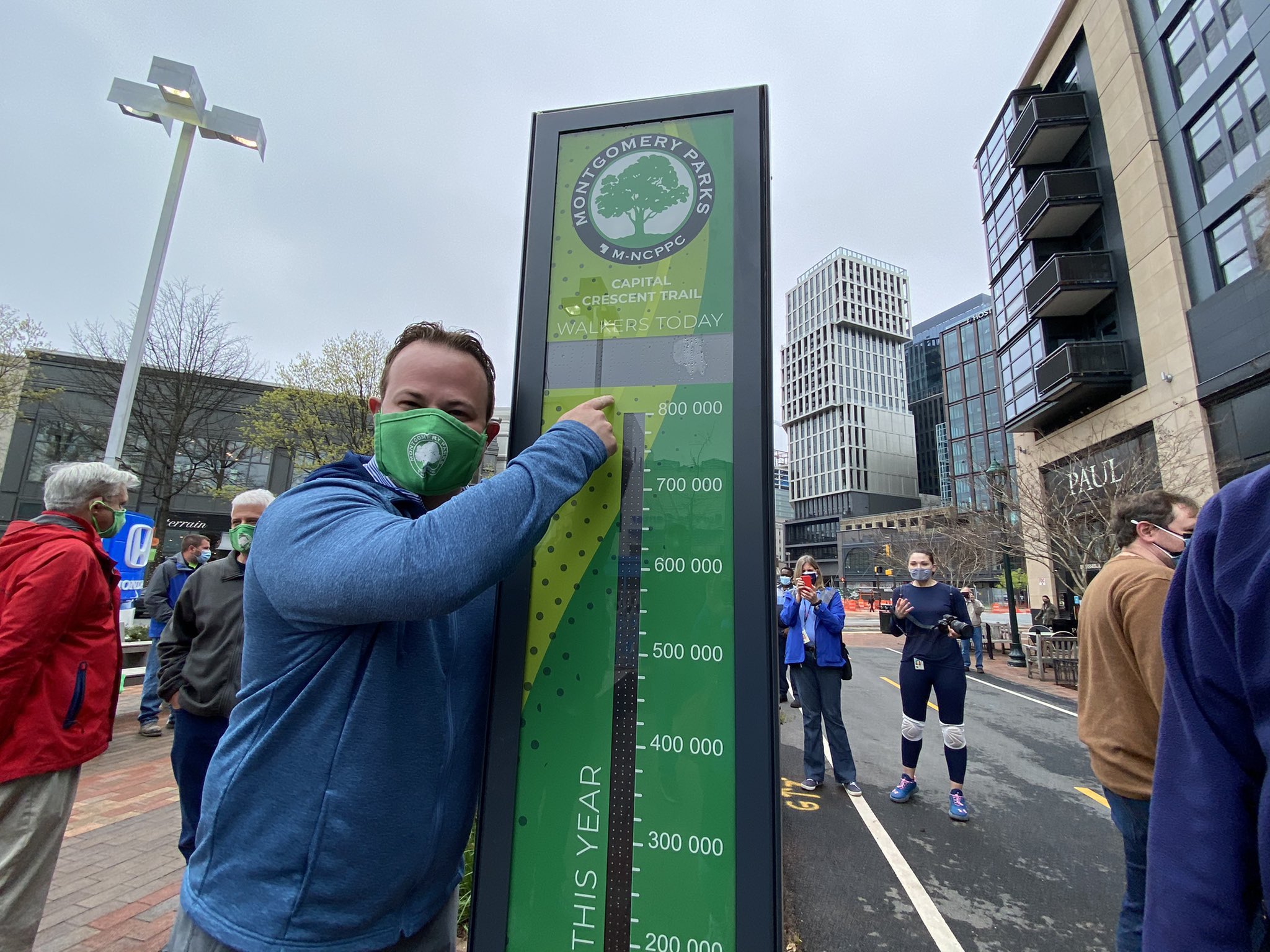 “Perfect politician” County Councilmember Andrew Friedson who was also present for the trail counter unveiling smiled and noted, “There’s no perfect answer. There were more than 125,000 pedestrian and 25,000 cyclist trips here since January 1. At $1 per person, that goes a long way to pay for both the new trail lanes and what’s sure to be cost overruns to rebuild the rest of the trail to Silver Spring.”

Unveiled this electronic counter today on our most utilized trail; the Capital Crescent Trail that will ultimately run between Silver Spring MD & Georgetown in DC. For proof of the trail’s value, check out how many real estate ads list “proximate to the CCT” as a selling point. pic.twitter.com/Mm2rxSv5VD

We now have scientific evidence - updated in real-time - of just how popular the Capital Crescent Trail is thanks to this trip counter we unveiled today at Bethesda Avenue. More than 125,000 ped and 25,000 cyclist trips here since January 1.