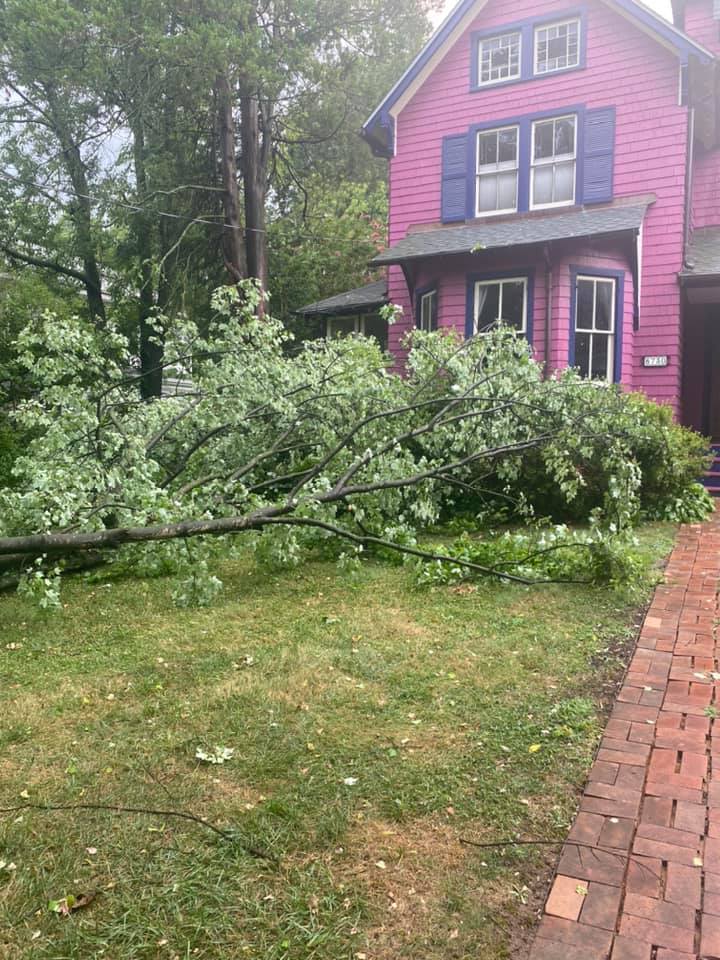 Montgomery County tree-hugging eco-terrorists “Plants Are People Too” claimed responsibility today for a dead tree placed on the lawn of Planning Department chair Casey Anderson’s Silver Spring home earlier this week.  The endearingly nicknamed “Anderson Assault” incident has been making its way around social media this week, although fans and residents claim the real story is the home color’s assault on boring homes, charmingly and quite fittingly into the character and mood of the Silver Spring neighborhood. “We’re the next Takoma Park!” exclaimed resident Gray Waters.

In a public statement via TikTok, a masked man claiming to be the tree movement’s Branch Manager announced their claim on the scare tactic. “My name is Aldo Rocco and I speak for the trees! It’s a relief to finally get up here and proclaim that clearing trees for homes amounts to treason. Enough homes are enough homes!” Rocco added, “If companies are people and developers have rights, so do trees. You want to talk about people setting up roots?  These trees have lived here for years and years before us. Believe you me this is true – I did my own research!”

The chopped Triple-Branch winning tree was valued at $600,000 when alive, and now $0 dead.  Apparently, the oak tree was chosen specifically to send a message. “Suck on these (acorn) nuts, Mr. Anderson!” exclaimed tree enthusiast Woody Branch, not quite realizing that the fallen tree wasn’t actually an oak tree.  The regularly calm and cool Anderson wasn’t phased, responding, “This is perfect firewood for me and Hans to have a beer over a warm toasty fire and discuss his campaign.”

Animal rights organization PETA claimed co-ownership of the (mis)deed, stating, “If it’s a dumb way to send a misguided message about a meaningful issue, you can bet your butt we’re there!”

@MocoYimby official unofficial spokesperson Michal Plume denounced the attack, stating in a press release printed on paper harvested from the dead tree. He added, “That fallen tree will make great 2×4’s for the next high-density affordable housing project.”

So I came home to find this situation in the front yard - but (happily) not in my living room. pic.twitter.com/NzCFZb4LPI